Menu
Home-EN
The soil of Soave, wonderful and complex

The soil of Soave, wonderful and complex 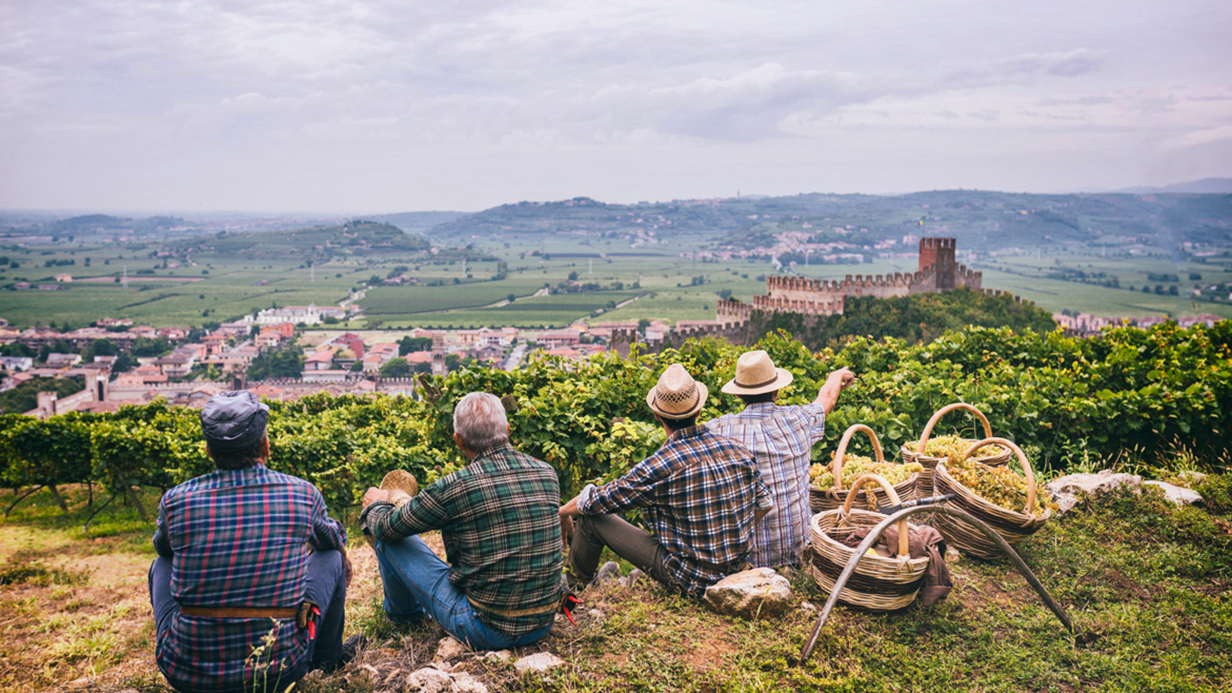 There are four main types of soil that characterize the historic hills of Soave, four areas that, while yielding a well-recognizable wine, give new shades and facets to the Soave and Soave Superiore PDOs.

In our previous post, we have provided an overview of the territory of Soave and its PDOs, the Soave and Soave Superiore wines. Now, it’s time to move on to dry land, specifically “underground”, giving a more accurate definition of the soil that makes up the extraordinary landscape of Soave, from which perfectly recognizable wines originate, each endowed with a distinct personality that also depends on where the vines are planted.

We will refer to altimetry in distinguishing the different kinds of soil. The area of Soave has, in fact, lava origin: the higher the “climb”, the “closer” we get to what was once the top of the volcano (or one of its mouths) that, between 50 and 90 million years ago, gave birth to this territory.

Volcanic soil covers a wide portion of the production ground of Soave wines, and it can be found in the central area on the east of Lessinia, where volcanic activity once was very intense. Volcanic activity spanned for three geological eras, in an entirely marine environment. This gave rise to the formation of soils of variable colour, from gray, to yellow, to reddish, due to the peculiarity of the environment and different levels of oxidation. The hills with a decidedly basaltic substrate are located in the eastern area with altitudes ranging from 50 to 500 meters above sea level.

The slope of the hills vary from 10° to 80°. The soil is quite developed, and unlike the high levels of acidity that are usually found in very old soils, pH levels here are neutral. It is assumed that the soil has become more fertile and packed with higher mineral content due to its employment in cultivation since ancient times.

The wines are fragrant, fresh and they generally have higher acidity levels. They tend to be more complex and very well-balanced. The notes of cinnamon are the result of the high levels of benzenoids and are accompanied by aromas of cherry and almond. The wines are endowed with an intensity and structure that are hard to find in other areas of Soave.

The stratified limestone soils are located on the hills in the western part of the denomination. The soil tends to be shallow, often less than 50 cm deep, with a dense rock substrate. Descending towards the valley, the soil acquires more depth and becomes more fertile. The irregularity of the substrate produces growth conditions that are highly heterogeneous and that – if managed well – can be advantageous for wine producers.

Some of the most elegant Soave wines come from this area and are known for their aromatic complexity, with notes of ripe and exotic fruit given by the high levels of norisoprenoids. Furthermore, the terpenes in the grapes bring out floral and citrus aromas.

Non-calcareous soils are mainly found in the Monteforte Valley which represents one of the most fertile areas of Soave. Heights vary from 30 to 100 meters above sea level. The soil is rich in clay and volcanic debris deposited by the volcanic hills above. Seasonal temperatures are below average.

Clay soils are more resistant to drought thanks to their permeable nature, resulting in wines presenting greater consistency through the years. The wines have evident notes of cinnamon, spices, berries and cherries.

The alluvial soils of the valley are the result of the deposits carried downwards by intense rains that have brought floods and caused the overflowing of local streams of the Alpone Valley and in the foothills of the Verona area. The texture is mostly fine, although in the areas of the streams, it can become quite sandy and rocky. This is the most frequent type of terrain in the plains of Soave and Colognola.

The wines show aromatic finesse, with an intensity and persistence that are difficult to find in other areas of the DOC. The most common aromas recall the scent of violets and white flowers.

The soil of Soave, wonderful and complex
Discovering the Soave and Soave Superiore PDOs
Nature and volcanoes, the uncontaminated terroir of Lessini Durello