Menu
Home-EN
Underwater Volcanoes and the Cimbri: The Ancient History of Lessini Durello

Underwater Volcanoes and the Cimbri: The Ancient History of Lessini Durello 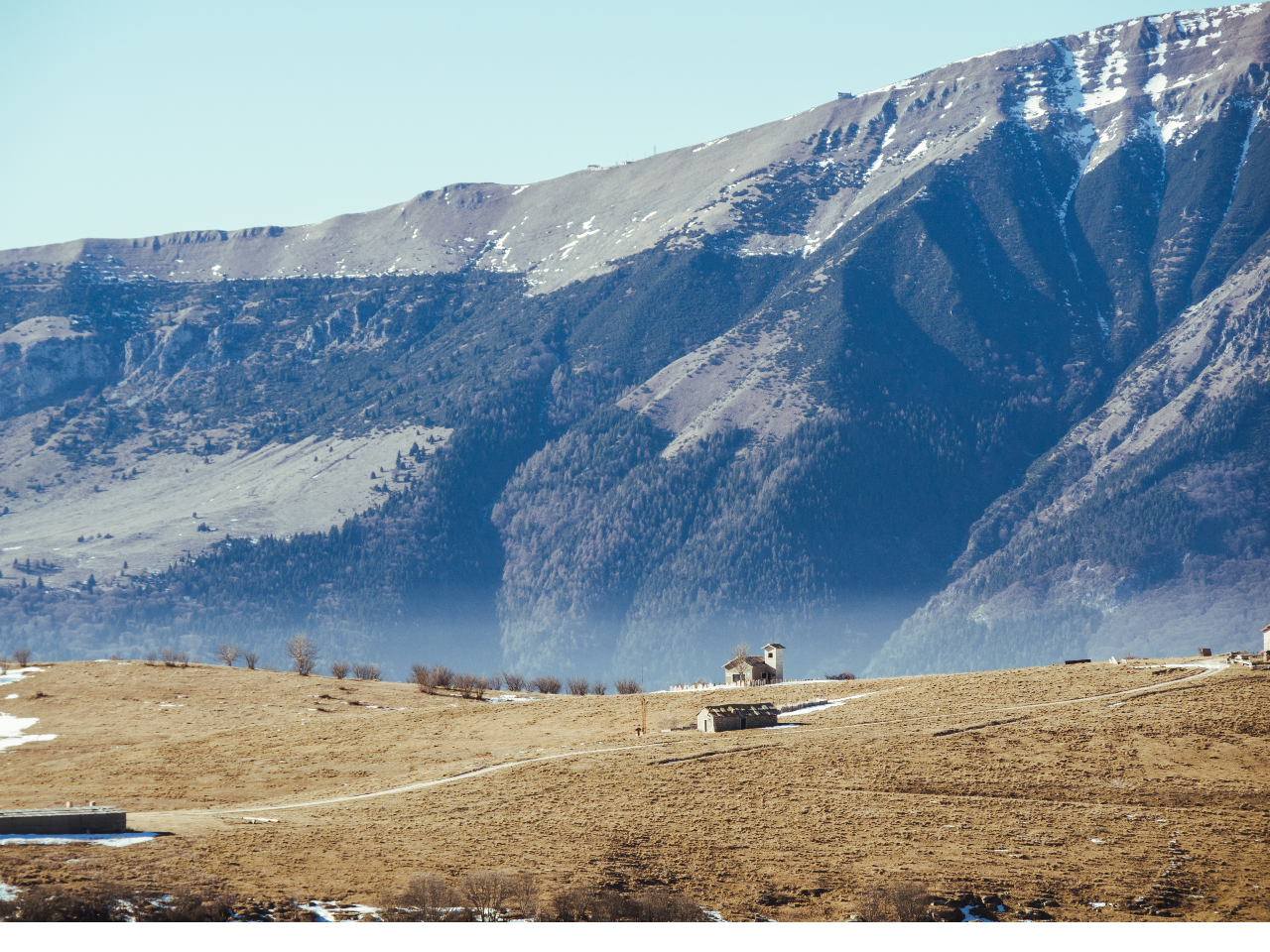 In the previous article, we flew over the hills of the Lessini Mountains to depict the extraordinary valley landscape between Verona and Vicenza, where Lessini Durello PDO grapes come from.

Let’s now talk about the ancient history of this “volcanic” sparkling wine and rewind the tape of time to 40 million years ago. Are you in?

VOLCANOES AND THE PRIMORDIAL SEA

To be exact, the area of the Lessini Mountains defined by the Lessini Durello PDO originated 45 million years ago when magma bubbles rose from the cones of underwater volcanoes. The Lessini Mountains soared from the bottom of the primordial sea and created a very particular environment: the soils were – and still are – a mix of lava rocks, ancient sandy-silty floor and fossil deposits.

Broadly speaking, the landscape of the Lessini Mountains during the Eocene must have resembled a tropical sea from which an active and large volcanic complex emerged. Today, the remains of that ancient era is exhibited in the most important Natural Science museums in the area. The Museo dei Fossili in Bolca, managed by the Parco Naturale Regionale della Lessinia, keeps more than 500 specimens of fish, reptiles, crustaceans, mollusks, marine and terrestrial plants. While the Museo Paleontologico in Roncà exhibits spectacular fossilized invertebrates and vertebrates, including the massive Prototherium Veronense, an ancient aquatic mammal similar to the sirenidae that are still present in the Red Sea. This proves that life thrived around the volcanoes.

FROM THE ROMANS TO THE CIMBRI: SOILS FOR THE VINE

Despite only counting for 1% of the Earth’s surface, volcanic soils provide sustenance for 10% of the world population. These are soils rich in microelements that provide for fertile lands that are highly suitable for important crops such as vines, whose very strong and deep roots “fight” against the volcanic rocks to extract the noblest elements and bring their mineral flavor to the grapes and to the wine.

It is no coincidence that viticulture spread on the Lessini Mountains since ancient times. The earliest indication seems to date back to the arrival of the Romans: we don’t know much about these first vines, but in “De Agricoltura”, Pliny the Elder mentions a duracinus grape which means “with a tough skin”.

A more reliable source can be found in the Middle Ages: in 1292, there were local documents that refer to a variety called Duràsena, which was fairly widespread in the area. We can be more certain that Duràsena (the ancient duracinus?) is the ancestor of the contemporary Durella, the most cultivated native grape on the Lessini Mountains, the heart of the Lessini Durello PDO.

The Lessini Mountains were also marked by the passage of the Cimbri: a Germanic people who settled in the mountains of Vicenza in the Middle Ages and were more famous for metallurgy and production of dairy than for viticulture. But the Cimbri may have inspired the very name of Lessinia: as we have mentioned in our previous entry, the name may have originated from the Germanic word Lees, which literally means «field for pasture».

Underwater volcanoes and tropical sea; Romans and Cimbri, from the Middle Ages up to the present day: the history of the Lessini Mountains reveals a natural vocation to the vine and at least seven centuries of documented practice of viticulture. A source of pride and a milestone that the Consorzio di Tutela Vino Lessini Durello and the producers who live and work in this area preserve and promote: proving that this complex and profound sparkling wine embodies both ancient and contemporary stories.